Did you catch our feature in Entrepreneur?! We're honored to have been recognized by Entrepreneur, and we're thankful for our fans who have been a part of our journey every step of the way. When we build for our own and stand united as a community, we're UNSTOPPABLE! 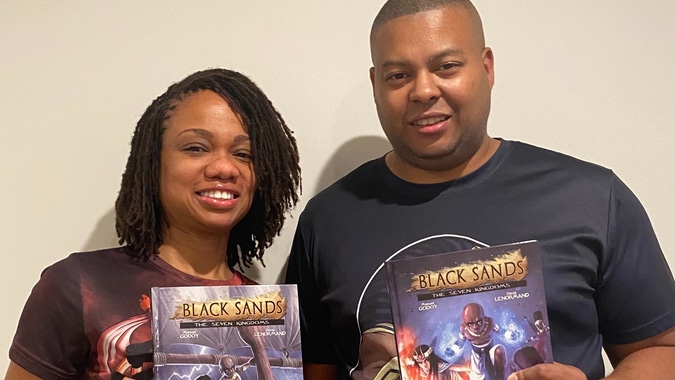 Check out this excerpt from the article below:

" 'I wanted to tell a story about African history before slavery," Manuel Godoy, co-founder of Black Sands Entertainment with his wife Geiszel, says. "[So I wrote] a story about Ancient Egypt and the surrounding areas. And it was amazing — people gravitated toward it because they finally felt included in historical contexts.'

The Godoys began Black Sands Entertainment in 2016 to draw attention to the characters and stories that so often go unwritten in mainstream media. Now, the comic publisher and media venture boasts dozens of titles that represent the entire diaspora, and young adults are devouring them — just like the Godoys would have, if they'd had the opportunity at their age." - Amanda Breen Click here to continue reading the rest of the article here!

The Black Sands Universe is Expanding